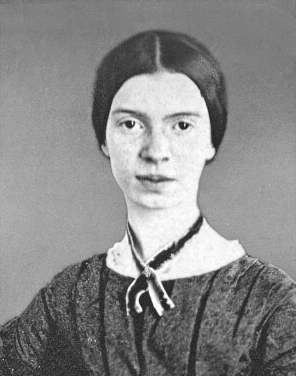 “Solaces” in the news

My new work for strings & piano, Solaces, has been featured this week in the Chicago Tribune; and through the Associated Press, the LA Times, and US News and World Report, and many others. The work was composed in 2017, and commissioned by Buffalo Grove High School outside of Chicago for their Chamber Orchestra, directed by Elizabeth Bennett.

I’ll travel to Chicago to work with the orchestra in January, and conduct their performance at the Illinois Music Education Association convention in Peoria on January 25.

Here are my notes accompanying the work:

For several years in the 1880’s Emily Dickinson exchanged letters with a Mr. C.H. Clark, consoling one another over the untimely passing of Clark’s brother, a friend of Dickinson’s. Her letters to him are filled with beautiful courtesies and messages of exquisite comfort. One letter, dated January 18, 1885, ends with:
Have you blossoms and books, those solaces of sorrow? That, I would also love to know, and receive for yourself and your father the forgetless sympathy of
Your friend,
E. Dickinson. 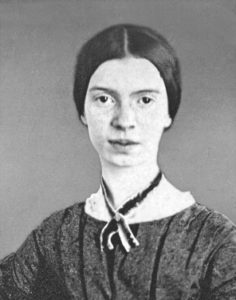 Blossoms, books…. a modest collection of ordinary things to ease healing. Even in encouraging Clark to indulge in these humble comforts, Dickinson’s elegantly-expressed kindness is a balm for the soul. In this spirit, this work for strings, Solaces, is a collection of contrasting episodes meant to touch a range of emotions, from trauma, to supplication, to joy, to peace.

Uniting these episodes is the collection of pitches {Bb-G-B-Eb}, which appear in various forms throughout the work. In German music notation, B natural is “H” and B-flat is “B”, and E-flat is translated as the letter “S” (pronounced “Es”). The pitches correspond to the initials BGHS, for Buffalo Grove High School, the commissioning school for which these Solaces are dedicated in their time of trials. This technique is found in the music of Johann Sebastian Bach, who wove his surname BACH {Bb-A-C-B} into The Art of the Fugue, among other works, and also in the later works of Dmitri Shostakovich, who used his initials DSCH {D-Eb-C-B}.